We Couldn’t Be More Proud of our Volunteers Jeff and Paxton! 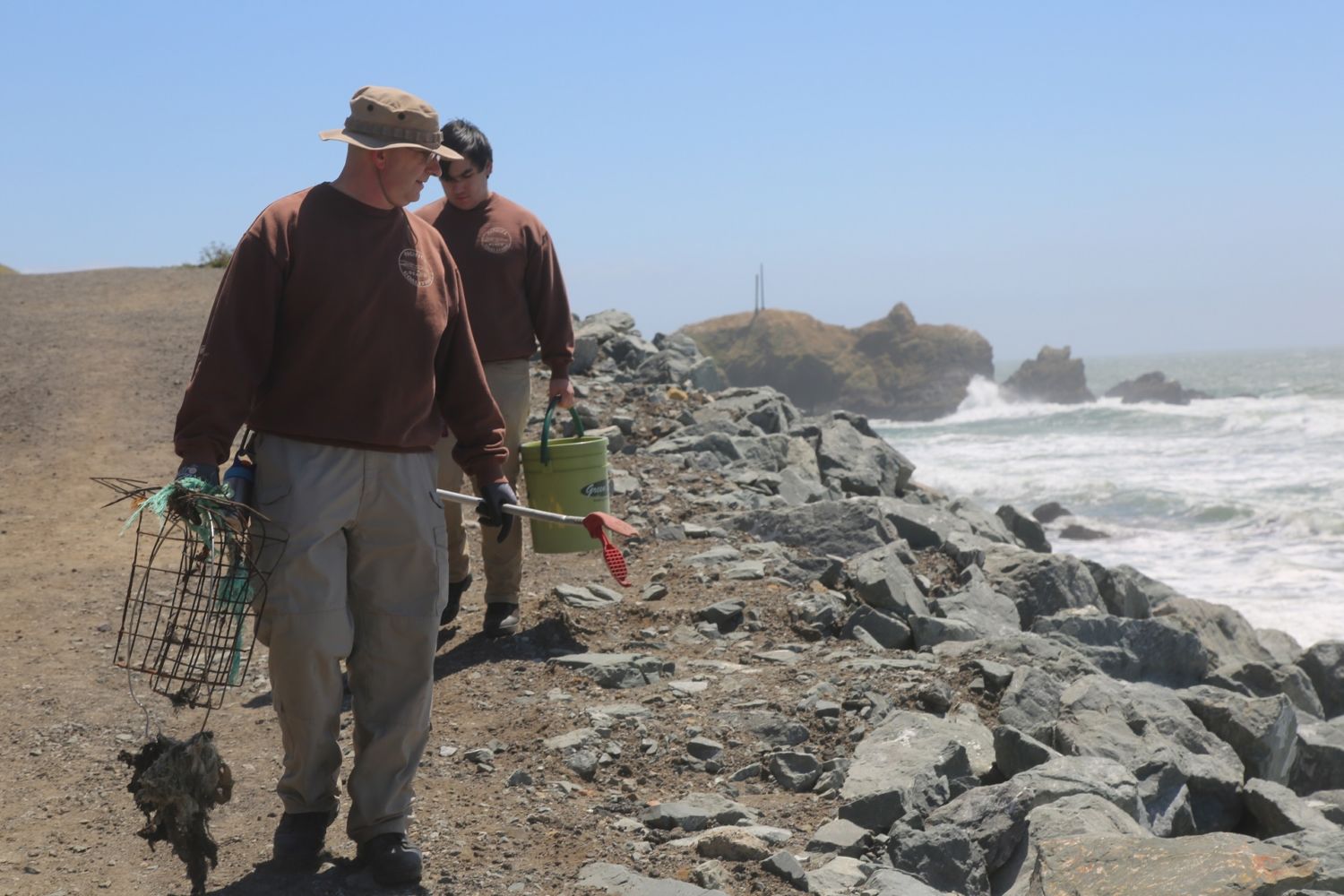 For about 10 years, Jeff Christner and son Paxton have been on a trash treasure hunt along the bluffs near the site of what was once the Mussel Rock Landfill. (Jackie Botts/Peninsula Press)

Pacifica Magazine features Jeff and Paxton (graduate of Oceana High School and honored with PBC’s first Earth Hero scholarship program) Christner and Mussel Rockstars in their October 2018 edition. Probably one of the most amazing story about plastic and our OCEAN Problem! –A must READ! Story available in the paper magazine located in local businesses or online. 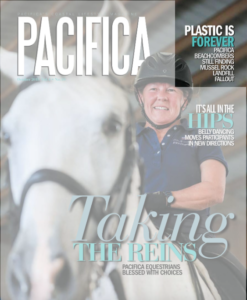 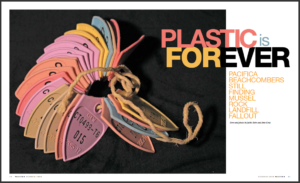 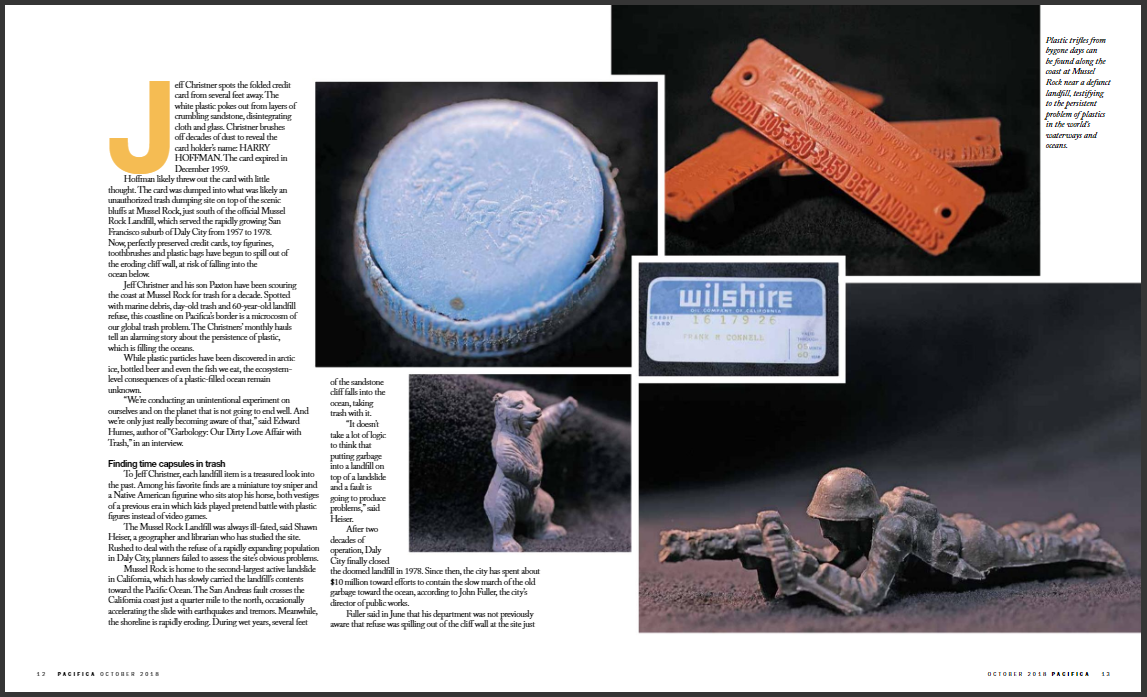 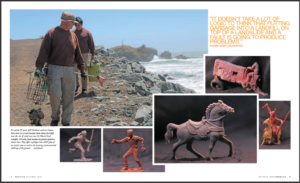 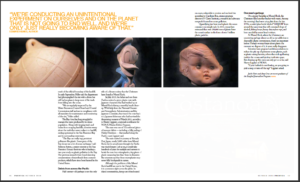 You can also watch the video made by the Stanford Journalists on Youtube.

Can we say that this is one of the best stories about beach plastic we have ever seen? And it came from PBC! Again!
Compliments of Stanford Journalist majors, Jackie Botts and Amy Cruz who came last Earth Day on the VIP tour and met Jeff and Edward Humes at the EcoFest and published the story in the Peninsula Press: Plastic is Forever. 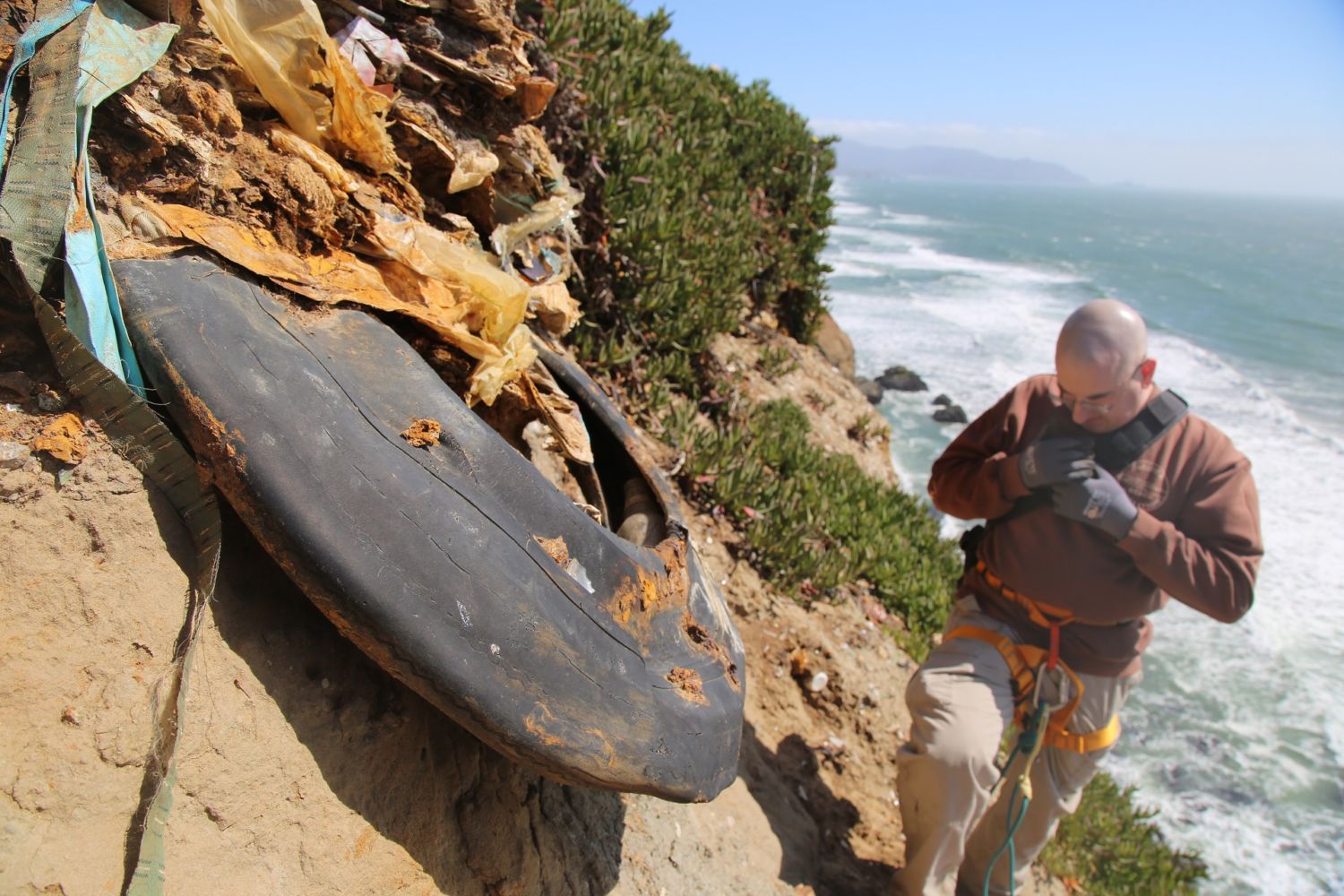 Half-century-old refuse erodes out of the cliff wall at a site just south of the official boundaries of the now-defunct Mussel Rock Landfill. (Jackie Botts/Peninsula Press)