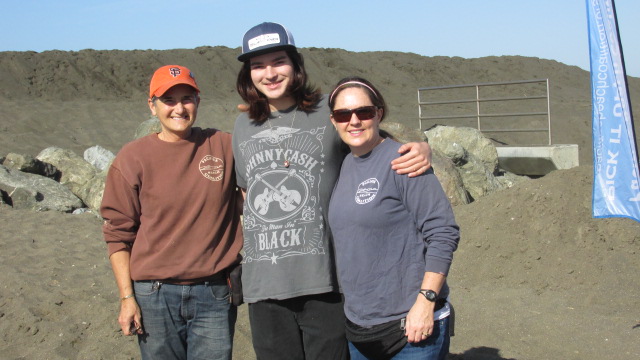 This year, we donated a $500 scholarship to Reed Blount who has been helping us for years. We are so happy to be helping the younger generation, it is a great for us to give back! Here are a few word from Deirdre Martin who had the incredible pleasure to meet and be with Reed over the years. 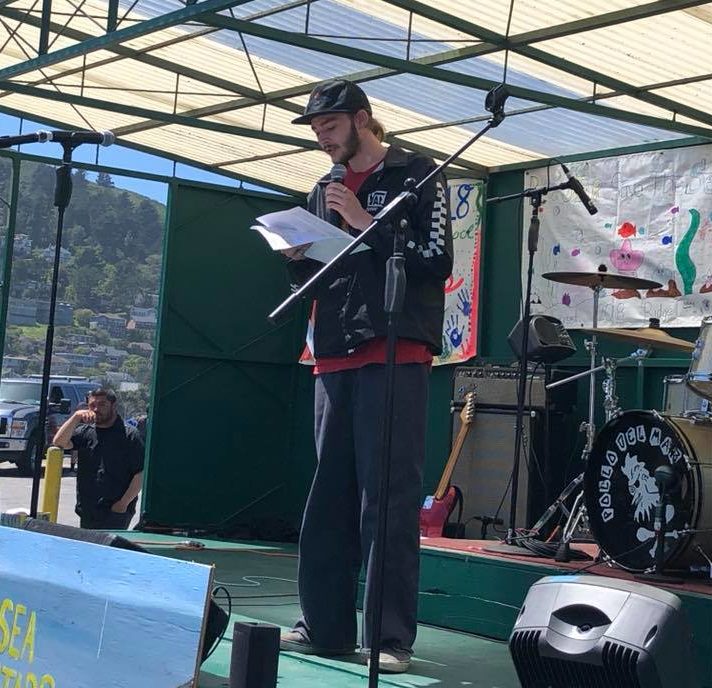 ” I met Reed at his grandfather’s cafe, what was then the Oceanside Café on Clarendon Ave. He used to hang out with his grandpop at the café drinking hot chocolates while Pauline Taini and I drank our coffee and espressos. We remained fast friends even after his grandfather’s passing and soon Reed was working with Pauline and I as a junior site captain at our monthly Sharp Park cleanups. For the first few months Reed’s mom dropped him off but soon after Reed was riding his bike or skateboard every month on his own. He has been working as a site captain with the Sharp Park team since 2011. Reed has not missed a Sharp Park Cleanup in the seven years since he began with us and is now considered a full-fledged site captain. We can always count on Reed to staff the table, educate and motivate volunteers as well as recruit passers-by.

Over the years Reed also volunteers help the PBC in other ways. Reed is an amazing artist. Many years ago he and I got the great idea to put together a float for the FogFest parade.  That first year we ended up making a whale out of trash to pull along the parade route. It was such a hit that we continued to build floats together. Reed’s creativity and handiwork helped build and win awards twice in the last 7 years for floats such as the leatherback turtle and giant beehive and more.

In addition to being a site captain and float-builder, Reed also helps manage and supervise the waste collection site at both Earth Day and Coastal Cleanup Days every year. This is another event that he has not missed since I met him. I consider Reed my right-hand man during these events as he knows the site and what needs to be done after many years of experience. He helps set up and breakdown the site, direct volunteers, manage and provide direction on debris separation process as well as help get people in and out of the site safely.  ”

We started donating scholarship since 2017. Here are the students who got the 2017 scholarships.