Learn About Our Coastal Habitat Heroes

The heroes we plan to highlight serve diverse purposes in coastal ecosystems and keep natures’ systems running smoothly.
We hope that it will teach you more about the plants and animals that inhabit our coastlines, and inspire you to help us achieve our habitat restoration goals. If you have a habitat hero you would like us to highlight, please email: izzy [at] pacificbeachcoalition.org.

These posts will also be published on social media twice a month.

Coast buckwheat has cool, lollipop-shaped flowers – a round ball of flowers on a long stem. Found mostly on local coastal bluffs, it can be grown in your garden to attract wildlife to your yard! Fun fact: The Ohlone tribe used a concoction of Coast buckwheat’s roots, stalks, and leaves to cure coughs.

Have you ever seen Coast buckwheat out on the coastal trails?

Our second Habitat Hero is the Acmon blue (Icaricia acmon). You may often spot the Acmon blue pollinating our first #HabitatHero this month, Coast buckwheat! Look for its tiny 1-inch wingspan and its blueish-brown wings.

Fun fact: These beautiful butterflies have a mutualistic relationship with ants. The ants protect the larvae of the Acmon blue in exchange for the ability to munch on the sugary honeydew that the larvae produce. It’s a win-win!

Keep an eye out for the bright red-orange band on their hindwings while you stroll on the coast.

Can you spot the purple-tinged fruits that give this grass its name?

Soaring in from the coast comes our other Habitat Hero: the California brown pelican (Pelecanus occidentalis californicus). This bird has a mighty wingspan of 6.5 feet and lives all along the Pacific Coast.

California brown pelicans love to inhabit rocky, vegetated offshore islands, just like the Farallon Islands right of the coast of San Francisco. These birds play an important role in the aquatic food chain, feeding mostly on fish and invertebrates. They can dive from up to a hundred feet in search of a good meal. Because of great conservation efforts, the California brown pelican was delisted under the Federal Endangered Species Act. Way to go, pelicans!

Have you ever spotted one of these big-billed birds diving off the coast?

This plant is extremely valuable in helping with erosion control and restoration projects because it spreads rapidly via underground stems called rhizomes. In addition to being a #HabitatHero, California mugwort is also grown for medicinal purposes and is most often used in treating minor injury or as a dream potentiator. Multi-purpose plants rock!

Look out for California mugwort at our habitat restoration project at the Rockaway Beach switchbacks!

The mining bee, is making its way out of its soil nests to begin pollinating! These tiny bees have metallic coloring and are characterized by grooves that run down the center of their faces.

Mining bees carry the pollen of California native plants on their backs during a four to six week pollination frenzy. For most of the year, they nest in underground tunnels that may look the same from the outside, but are personalized and individual to each colony. Keep in mind that these bees are responsible for providing food, shelter, and clothing through their pollination activity.

For the next few months, look for tiny bees near all your favorite plants. Observe their imperative pollination and let them BEE!

May has arrived, and that means it’s time for a new #HabitatHero! Our first hero of the month is footsteps of spring (Sanicula arctopoides).

You may spot these flowers growing in matted patches along the ground, resembling footsteps against the landscape. This plant is native to the western coast of North America and can be found on coastal bluffs and dunes.

Keep an eye out for the bright yellow flowers of footsteps of spring the next time you visit the coast!

Have you ever seen a Sticky monkey flower (Diplacus aurantiacus)?

This flower gets its “sticky” title from a phenolic resin that coats the leaves to prevent some butterfly larvae from feeding. This resin can also help to retain water in dry environments like drought-prone California.

If you see some Sticky monkey flower out on the trails, try touching the leaves to feel just how sticky they are!

Look how cute the Snowy plover (Charadrius nivosus) is. These small waders may only be about 5-7 inches tall, but their importance to our coast is mighty!

Snowy plovers can be spotted nesting on the coast through the spring and summer seasons. They are considered threatened due to loss of habitat, so do your best not to disturb their fragile nesting area.

If you visit a state beach, don’t bring your dog and don’t hop any fences! The plovers will thank you.

You may find our this Habitat Hero in the tidepools: the Ochre sea star (Pisaster ochraceus).

This special star is considered a “keystone species” and serves as an indicator of the overall health of the intertidal zone. The loss of just a few of these sea stars has major effects on the mussel bed population.

Next time you visit the tidepools, be sure not to disturb these important creatures! They are more essential to tidepool health than they may appear.

Learn more about the Sea Star.

This Habitat Hero is the California poppy (Eschscholzia californica). As many of you may know, this is our state flower here in CA!

The petals of the California poppy close every night only to reopen in the early morning hours. If you head out before sunrise, you may be able to catch a glimpse of this beautiful phenomenon.

This is a great species to grow in your home garden: beautiful, easy to cultivate, and drought tolerant!

Dawn and dusk are the most common times to spot our next Habitat Hero: the coyote (Canis latrans). This is because they are crepuscular!

Although attitudes toward coyotes remain largely negative, they do a wonderful job of keeping our deer and rodent populations in check. They are often portrayed as “tricksters” in the folklore of ancient cultures.

Coyotes are regularly spotted in the neighborhoods and hills of Pacifica and beyond, so be vigilant on evening walks!

JOIN THE SCREENING: THE EDGE OF THE WILD – FRI. AUG. 26TH 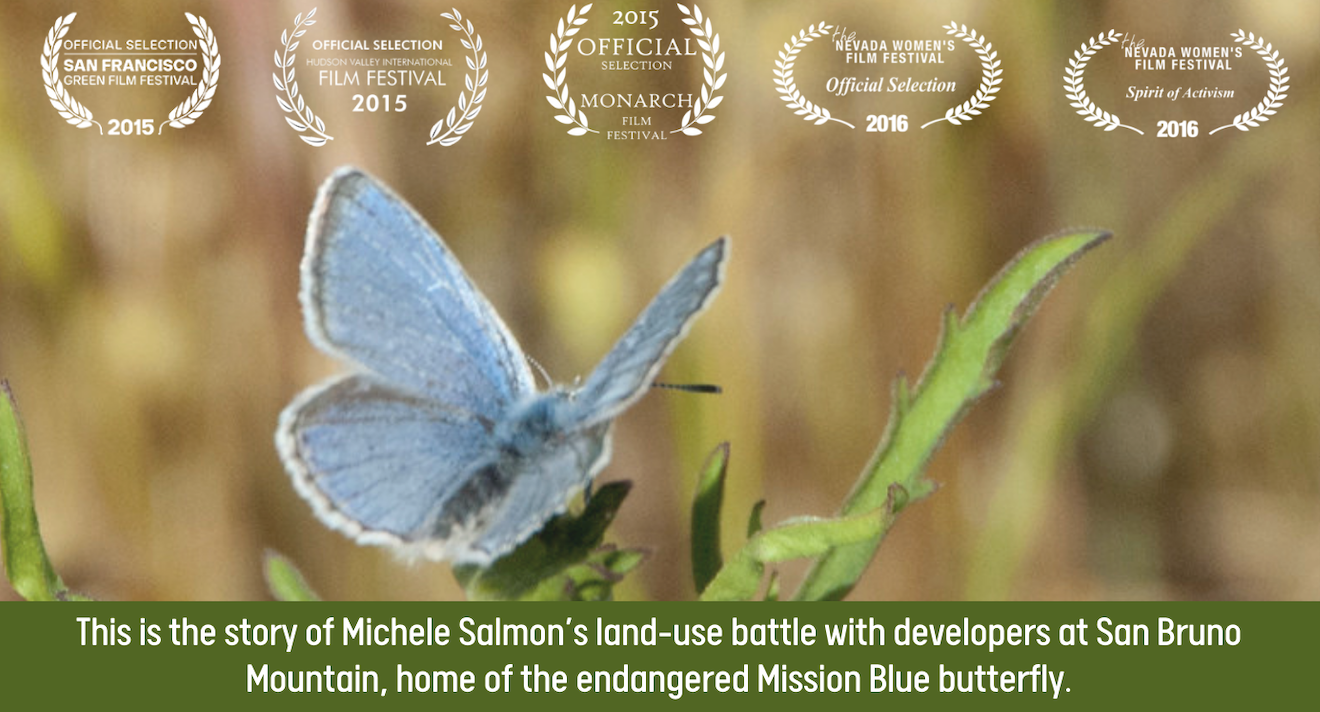