2 Years Anniversary and 600 lbs of Trash!

We had approximately 40 volunteers, 3 returning from last month, who wanted credit for school in Fremont, others came as regulars or a result of seeing an Allied Waste article about the Mussel Rock Stars. We picked up approximately 60 pounds of recyclables and 600 lbs of trash: 404 lbs on the day, 35 lbs of new leather shoes prior to the day, 60 pounds of recently expired cans of food from an earthquake kit the day after, and 3 tires from my neighbor’s back garden, but nothing that was covered in barnacles, or from the tsunami. This was also a Japanese Tsunami Marine Debris cleanup funded by NOAA and California Coastal Commission, following our successful find and reporting of a possible tsunami skiff on our beach in August 2014.

This cleanup was our second anniversary of regular monthly Mussel Rock Cleanups. In that period of time our group of regular Mussel Rock Stars has grown to almost 15 bucket brigade volunteers, and also we have worked with the city of Daly City to get capture nets placed on storm drains, installed a Beach Cleanup Station regularly replenished with new empty coffee bean bags from Bay Coffee for sporadic cleanups, dog poop bag dispensers regularly replenished with bags on a roll by Daly City Public Works, cigarette butt receptacles sponsored by Keep America Beautiful and attached to a post that the city installed and sponsored. For the past year, I have been mailing out the collected cigarette butts to the East Coast company, Terracycle.com; they repurpose the cellulose acetate plastic in 60,000 butts collected into ash trays, guitar picks, and jewellery. We have installed a Beware of Coyotes sign and a Whale Tail sign that recognizes groups who clean up the area. Dave Ellers regularly removes invasive species in a special vegetation corridor that we want to keep clear for dog walking and paragliding. We have taken advantage of the new Daly City app called iHelp, which Julie Walters is proficient at using to report the large items that get dumped in our area, which makes them disappear pretty quickly due to better city accountability. I set up a private social website called Nextdoor in my area of Westlake south of Westmoor, which has grown to over 100 neighbors!

Thank you all for coming to our cleanups over the past 2 years, we have made a big difference! 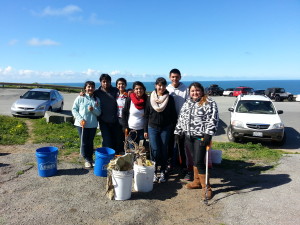 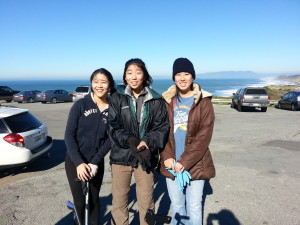