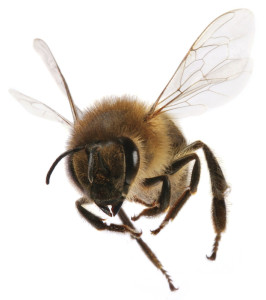 We were fortunate to have a nice mix of seasoned volunteer Mussel Rockstars and newbie Mussel Rockstars, who all seemed to arrive at the same time, at 9am, with everyone keen to get going. Everyone chipped in to help set up and get all volunteers registered (or check that they had already signed online waivers) and equipped them with gloves, bags, pick-up sticks and a destination to clean.

I showed some volunteers where the Mussel Rock Bumble Bee nests are situated. Ask me about them at the next cleanup. We have lots of sting-less bumble bees to be seen going in & out of their nests in the bluff.

We were 34 volunteers, who radiated from the epicenter of the start and worked their way north along the beach, which was at low tide for a change, and south to Westline Drive. Some of the volunteers were children with parents. There was a mother and daughter who were quite intrepid and managed to get a lot of trash from inside the bushes. Another group of 7 teenagers from Sunnyvale cleaned a new area of the park, one that I have never cleaned! That is a place in Mussel Rock park situated between the culvert and the walkway. There was a newspaper from 1970 and many old glass bottles collected by the team, who were the first to arrive and the last to leave. They must have had so much fun that they forgot time and came back by 11.45am. Christine and I ran the magnet along Westline Drive, picking up a disturbing collection of nails and screws that would certainly have damaged many tires had we not picked them up. The magnet finds buried materials and aids us in collecting important sharp objects that would damage tires.

We collected a total of 184 pounds of trash, 25 pounds of recyclables, 1137 cigarette butts (a huge increase since last survey, and we don’t know why this has suddenly happened), 11 cup tops, 11 bottle caps, and 5 straws were collected. A bag of dirty diapers was found, (2 carpets soiled by poop were found mid-week and not included in this cleanup as they were removed by another group, possibly Allied Waste), and a Spider Man kite was found.

We were so busy setting up, cleaning up, then closing the cleanup, no one reported spotting any whales. However, there was a large ball of fishing tackle and webbing trapped in the rip rap rocks. Jeff Christner found this and estimated it could weigh about 200 pounds; we did not include this in the total yet. He will work with his team in the next few weeks to try to cut it free of the rocks and remove it. If that does not work, we will approach Daly City Public Works to assists us in its removal.