Debris Found Since the 2011 Japanese Tsunami 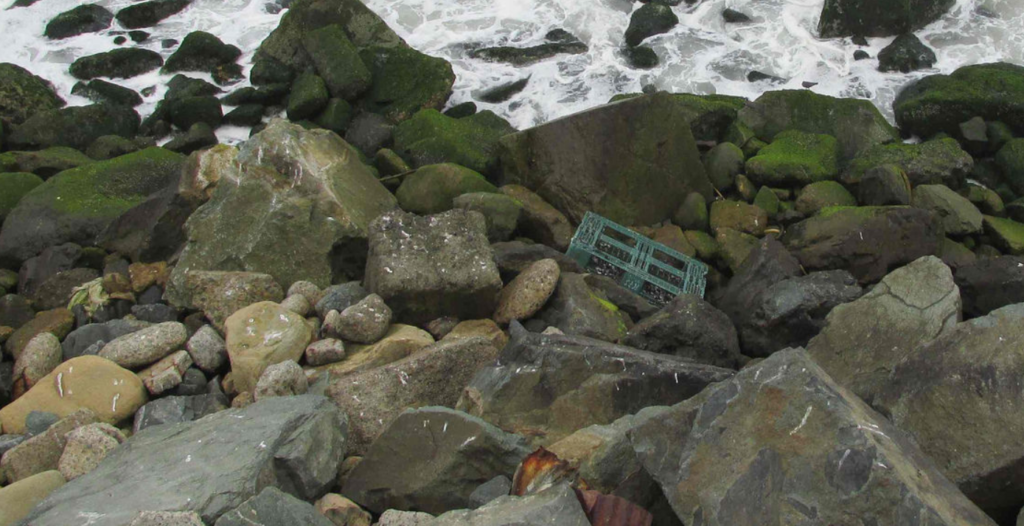 Jeff Christner over the years, has been incredible at finding and documenting all the pieces he found that could have been coming to our shore from Japan. And the most exciting part is that some of his findings have been officially registered as 2011 Japanese Tsunami Debris!

We are all proud of Jeff and the great work he has done from looking, cleaning and researching potential Japanese debris. It is with a lot of pleasure that we are publishing his report. You will find below the short version – Long version available here. For all the pictures, follow this link. 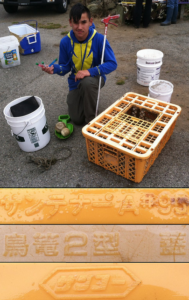 On July 27th, 2013, the first of many probable pieces of 2011 Japanese Tsunami Debris was found south of Mussel Rock near the “Secret Waterfall” area during a monthly Pacific Beach Coalition cleanup event. The item was an orange “fish crate” with numerous Japanese markings and writing molded into it. There was a spray painted red character or symbol on the side, however, it was badly faded and could not be linked or confirmed to any one location or ship in Japan.
Thankfully the Daly City/Pacifica area has not seen the influx of Tsunami Debris like Oregon, Washington, Alaska, and the west coast of Canada have seen. That being said, since the 2013 find numerous pieces of probable Tsunami Debris have washed up here, however, as of the end of 2016, only one piece found in 2015 was able to be confirmed as coming from Japan as a result of the 2011 Tsunami.
In August of 2014 a 22’ long fiberglass boat washed up near Avalon Canyon in Daly City. The boat’s data plate was intact, however, any other markings or boat/owner name were damaged and no longer legible. Only a small yellow decal with Japanese writing was uncovered, which when translated said: “please place tanks here”, which led members of the Pacific Beach Coalition to assume that perhaps the boat was used for diving.
In May of 2015 several net floats were found near the “Secret Waterfall” area and in June of 2015 a blue “fish crate” was found in the Golden Gate National Recreation area of Ocean Beach in San Francisco. On July 25th, 2015 a green crate was found north of Mussel Rock at the base of the sea wall which holds back the old Daly City landfill. This was found during another monthly Pacific Beach Coalition cleanup event. The crate had clear markings and by September 2015, this piece was confirmed by NOAA, via the Japanese Consulate and Japanese Government as coming from the 2011 Tsunami. These are the characters on the green crate: 山田港照丸. 山田 means Yamada, which is a city in the Iwate Prefecture in northern Japan that was hard hit by the 2011 Tsunami, 港 meaning Port, and 照丸 being Terumaru, the name of a fishing vessel. It should be noted the previous two pieces of confirmed Tsunami Debris in California were both fiberglass boats/skiffs, one found in Crescent City in 2013 and one found in Humboldt County in 2014. 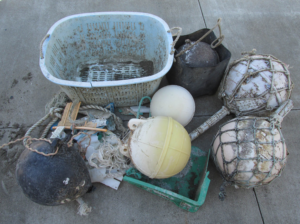 The largest influx of probable Tsunami Debris happened mid June of 2016, when no less than 50 pieces of plastic crates, net floats, buoys, bottles, lids, caps, and one fish basket washed up along an area stretching from Fort Funston in San Francisco south to Mori Point in Pacifica. One member of the Pacific Beach Coalition searched nearly five miles of accessible beaches (the total distance of shoreline is about seven miles, not all of it is accessible) in a two week period and removed more probable Tsunami Debris in those two weeks than had previously been found the previous five years. Several of the pieces had unique markings, however, none were unique enough to be confirmed as Tsunami Debris.
On August 27th, 2016 a large green plastic pallet with KRS markings (KRS is a logistics company in Japan) was found north of Mussel Rock during a monthly Pacific Beach Coalition cleanup event. Although the pallet had spray painted markings, they were later determined to be the date the pallet was placed in service at KRS and not any unique logistics ID. KRS was contacted directly and while they confirmed their warehouse in Sendai was damaged/destroyed in the 2011 Tsunami, they couldn’t confirm the green plastic pallet actually came from there and wasn’t washed overboard from a ship or was lost at the docks as opposed to coming from the 2011 Tsunami.
Since an influx of Tsunami Debris was expected to hit Northern California many members of the Pacific Beach Coalition as part of regular clean up events or on their own have been on the front lines of finding and removing not just probable Tsunami Debris, but all marine debris and other garbage and trash, including tires, that have washed ashore in the Daly City/Pacifica area and several areas in and around Half Moon Bay. 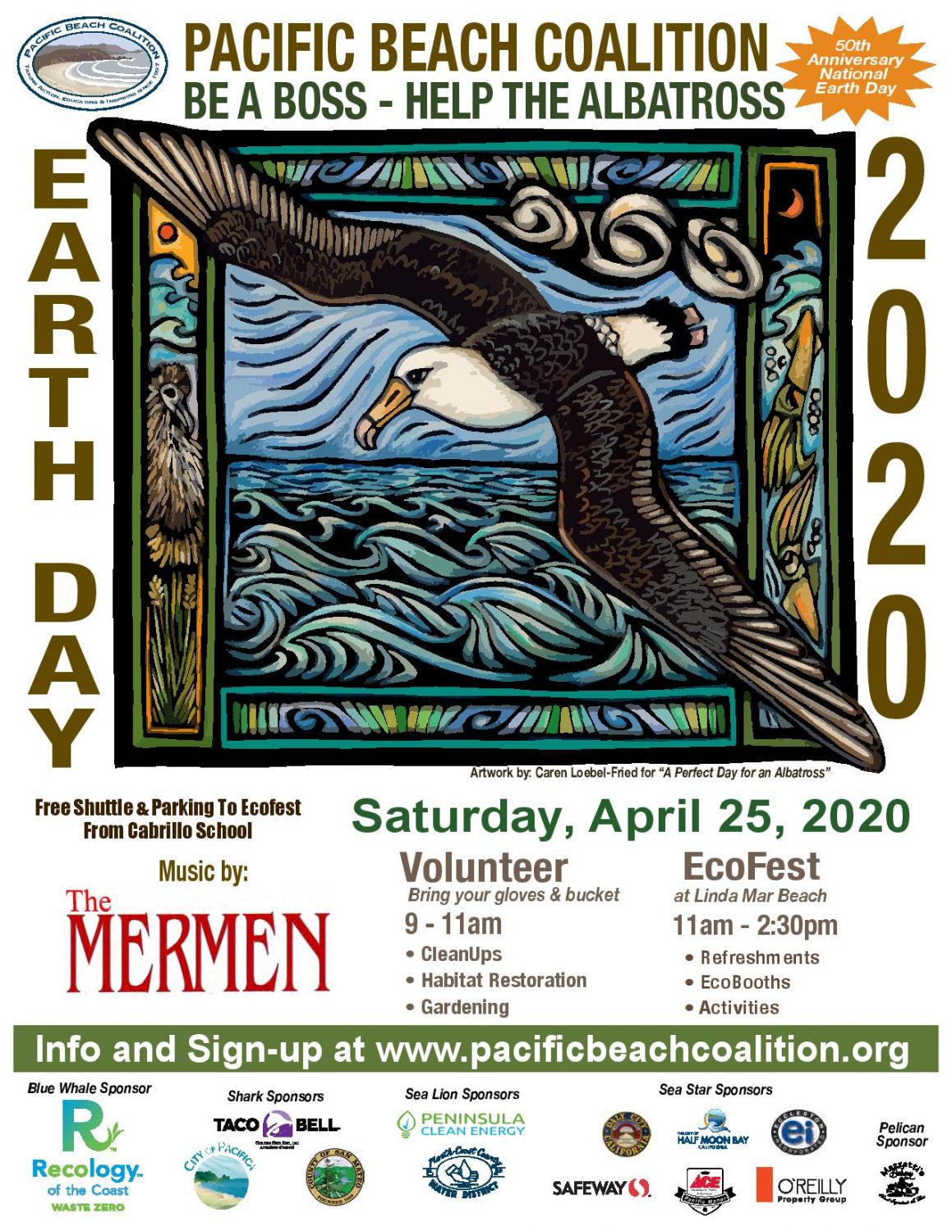 Join one of our 60 action locations and come to the EcoFest!