Over 50 volunteers from AOL celebrated “Monster Day” in Pacifica by cleaning up the Rockaway beach district and removing weeds along the bluff and hiker/biker path! They removed 1000 cigarette butts, a tire and a car fender and assorted trash totaling 54 pounds and another 4 #’s of recycling. The cleanup was the easy part!

Team AOL then hit the invasive weeds heartily removing over 1200 pounds of green waste… Bye, bye Star thistle, wild radish, mallow, and ox tongue! The lower bluff was picked clean as was the entrance to the trail out toward the rock! And if you get a chance to check it out, notice the clean incline area on the west side of the path where the star thistle is no more!  Wildlife alert…one snake, a lizard, and multiple gopher sightings.  We forgot to check out the bees and look for some natives!  Next time …okay?

Thank you Team AOL. It was a Monster Day from a GREAT Monster team 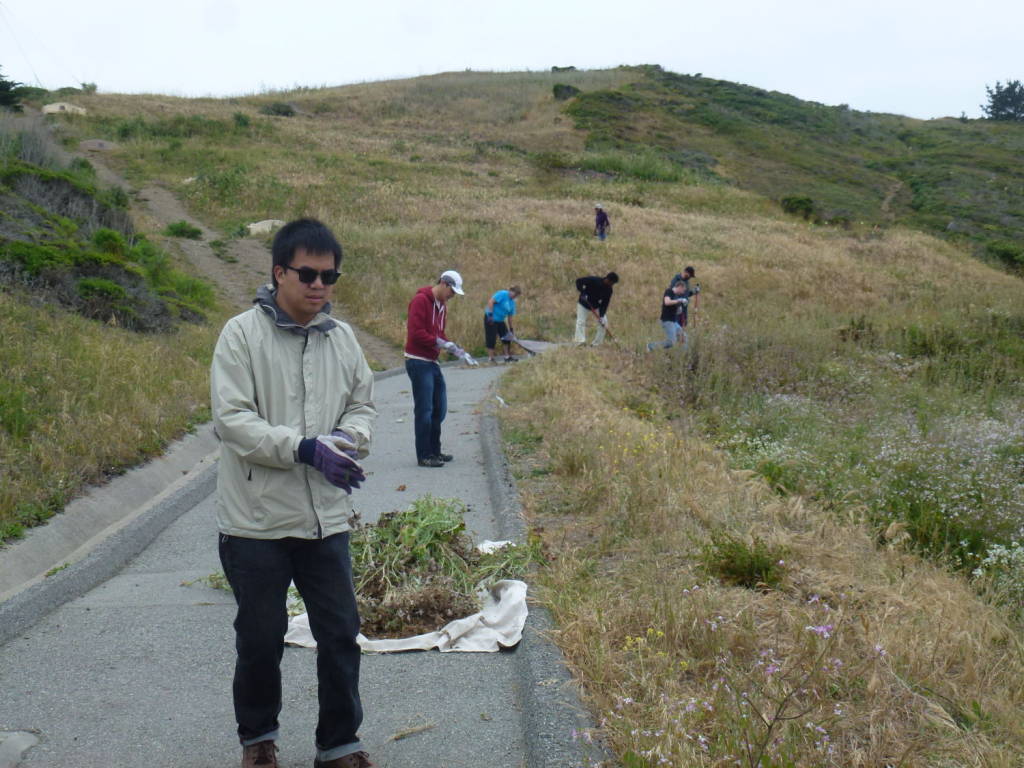 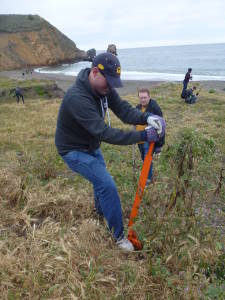 Working the “BEAST” on a mallow plant 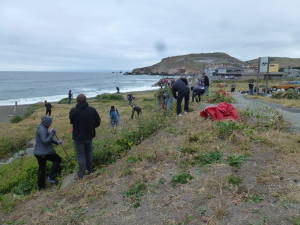 Another of the Star Thistle Team at work 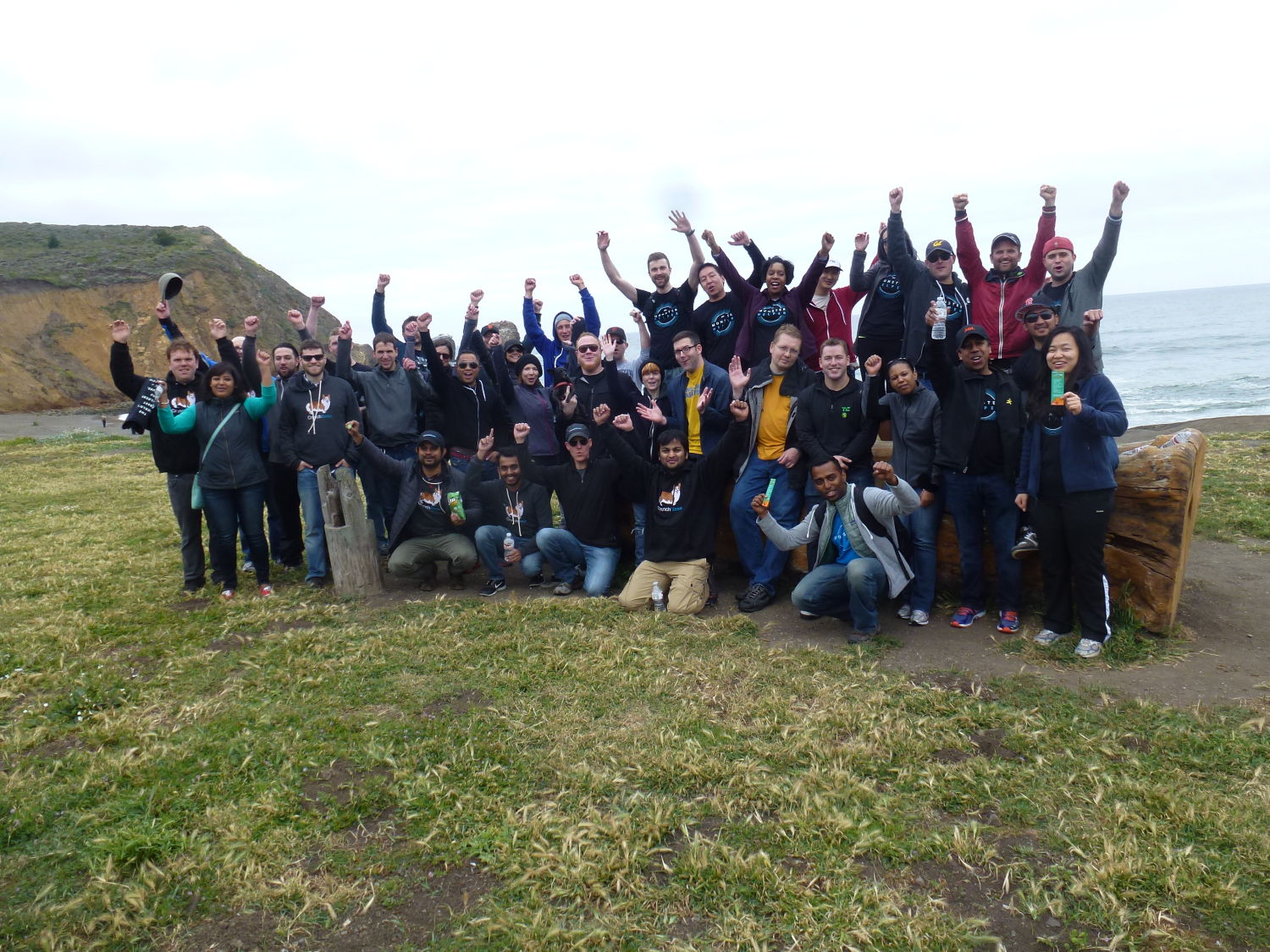 AFTER photo of the path without the weeds! 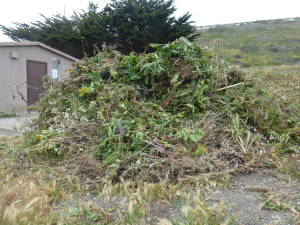 Over 1000#’s of weeds headed to the compost heap! Thank you Monster TEAM AOL 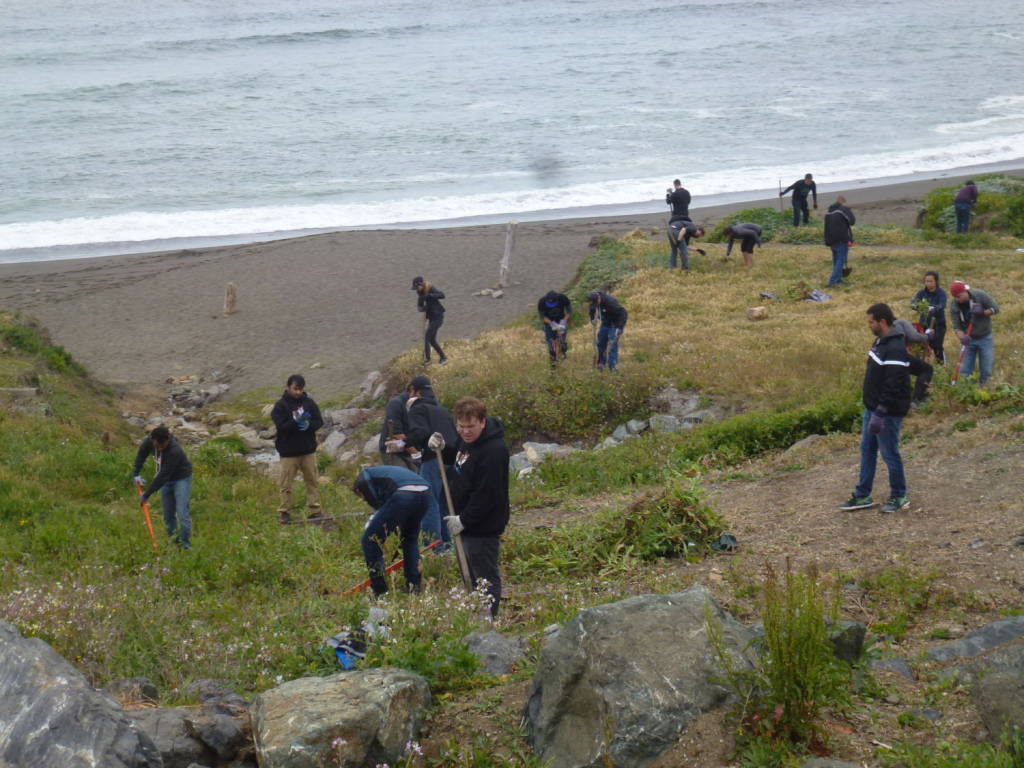 Pick Up Filters for Butt Blitz 2022